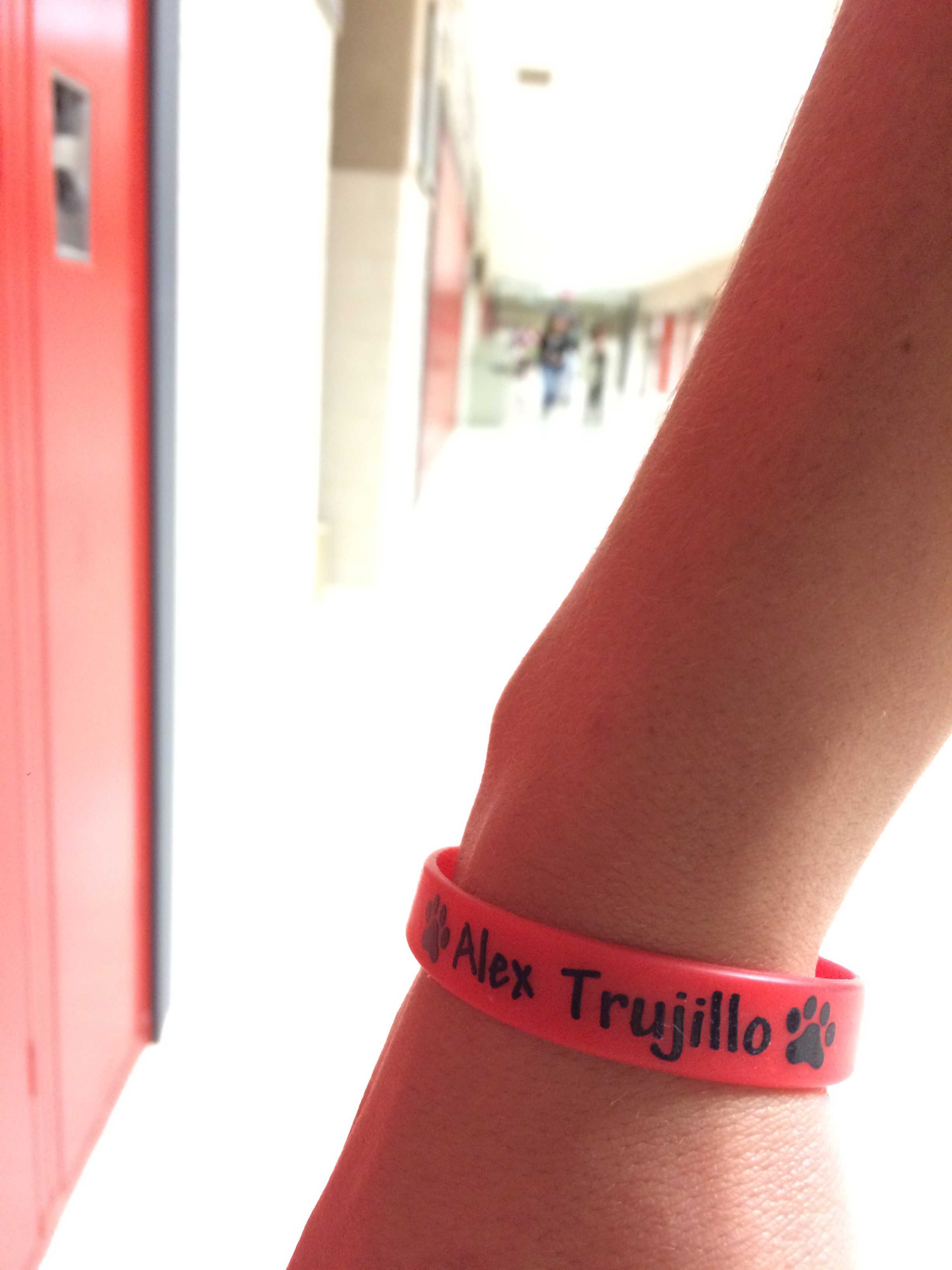 On Friday, March 4th, the North Central community endured the loss of Junior Alex Trujillo in a car accident. Despite the tragic nature of this event, Trujillo’s friends and family bound together in an attempt to reconcile with their grief. Trujillo’s cousin created a GoFundMe page to help raise money for the family. The fundraising campaign’s goal was originally stipulated as $1000. However, it soon became evident that the goal would be easily met.

“So much effort to help raise money for his family happened immediately and successfully. [His] GoFundMe went viral, [and]I think there was even a family that donated $1000 alone,” junior Te San said.

After several days, the GoFundMe campaign had reached over $6,000 and was still climbing. Although the online fundraising account was taken down shortly afterward, the fundraising effort was continued by Alex’s close friends.

“Samantha Zack came up with the idea of making wristbands for Alex. [We] split the cost of buying 600 of them and started selling them for $3 each,” San said.

His friends sold majority of the wristbands, and have collected an additional $1000 for the Trujillo family. Although Alex’s death was still fresh in the hearts of those who were closest to him, many thought it was best to show their support.

“I felt like I was doing something bigger than myself by knowing I could help with the situation we were all put in. It was my honor to be able to help,” junior Samantha Zack said.

Today, it is ordinary for a funeral to cost upwards of $4000. The loss of Trujillo will always be felt among his friends and family. The fundraising efforts have helped to cover many expenses and perhaps gave a tint of hope and optimism to a tarnished time in their lives.