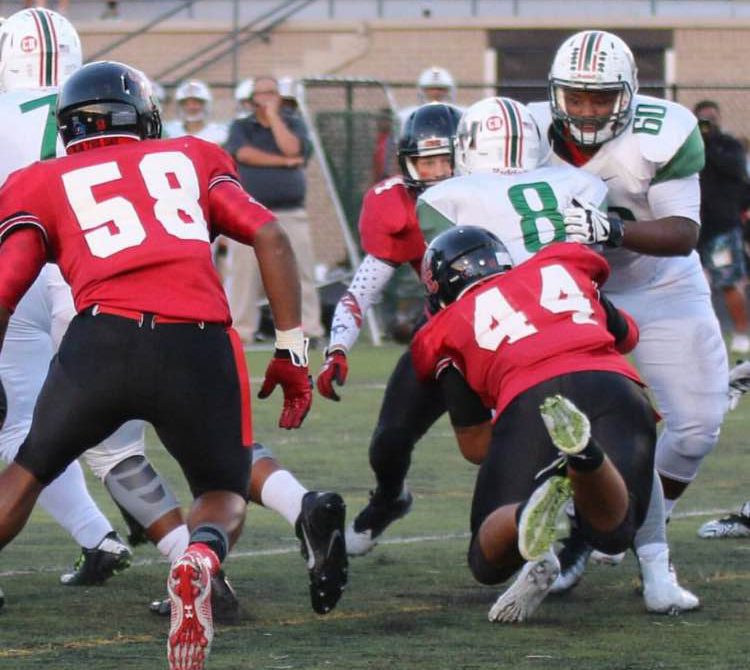 Get your sports passes ready, because football season is right around the corner. The 2016-2017 football season kickoffs in a week with our first home game being played August 19 against the Fishers Tigers.

Conditioning for the Panthers was held over the summer. This is when they received new uniforms and got the opportunity to rekindle that teammate chemistry. Over the summer the team also received new players and a new winning attitude.

The Panthers have an away scrimmage on August 12 at Noblesville. The team would like to start off the season with a win against both Noblesville and Fishers. The team will face NC’s rivals and what many think will be our toughest opponents, the Carmel Greyhounds on September 23.

“The team that will give us a tough battle is each other. As long as we stick together and don’t break down no one can beat us. No one can, we are going out there and are going to do our thing,” said senior and Bowling Green commit Walter Haire.

Senior Deonte Roberts said he believes the toughest matchup will be Warren Central.

The panthers have a lot to prove this year coming from a 0-10 season. Haire believes they will come back strong and they will show a side nobody is expecting.

“We are going to work out every team this year and not to give up and to work as a team. We have something special and when it’s gets rolling after we defeat Fishers it’s going to be scary,” Haire said.

“I expect us to bring our fans what they want and win,” said Roberts.

The team has done a lot to prepare for this upcoming season. Both Haire and Roberts said they put in hard work, lots of sweat and pain in conditioning so they can bring some wins to North Central.

“We are motivated by the past, present and future of North Central and we want to represent our class well by bringing wins,” Roberts said.

In a little less than a week the bleachers will be filled and those Friday night lights will be turned on. It’s football time.