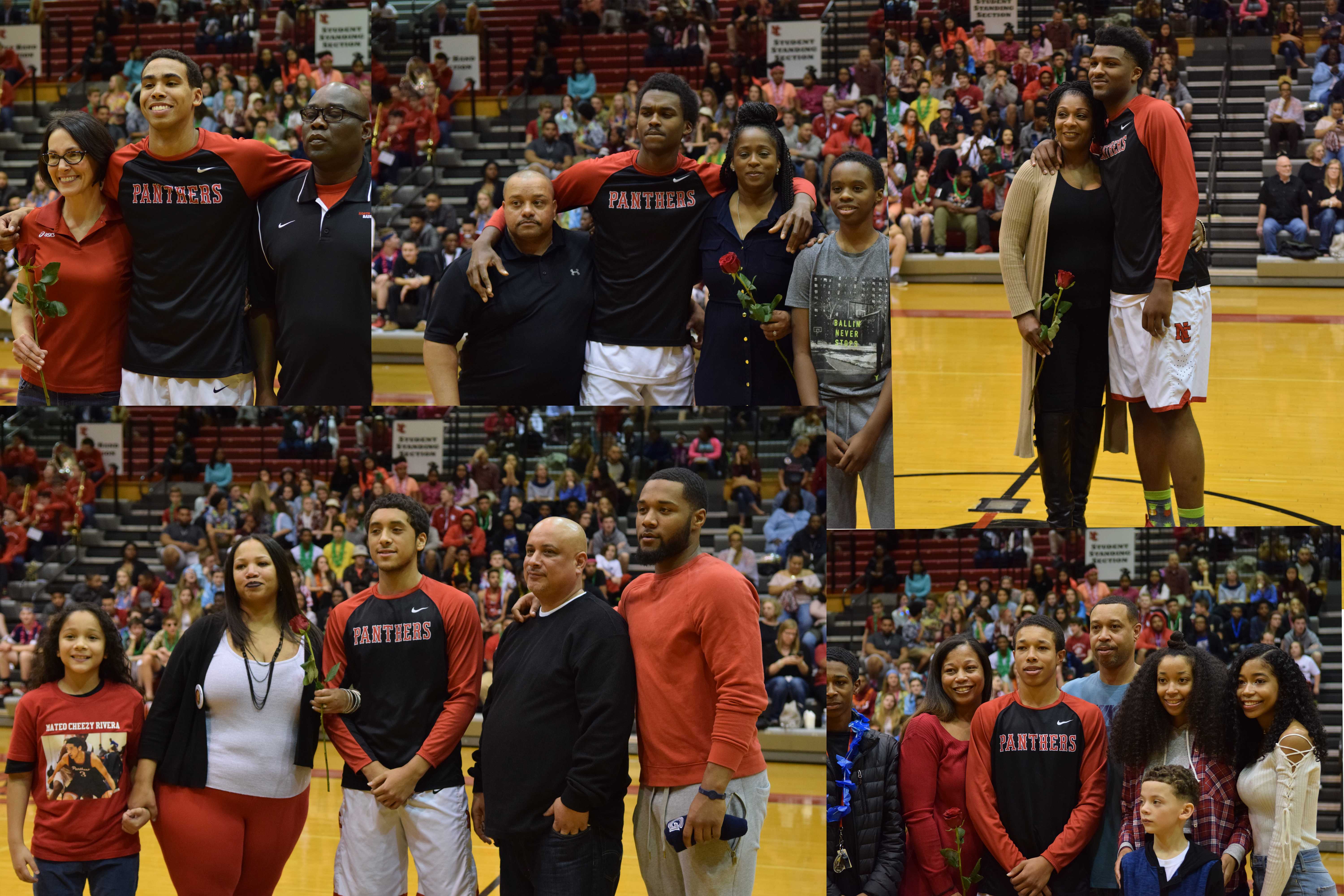 For every senior student-athlete, their senior season is a big deal. Along with all of the stress that comes with applying to colleges and keeping up with school work, they have to be role models to their younger teammates. It’s also an important season because it is their final year playing their sport in high school.

This year the boys basketball team has five of these talented seniors: Emmanuel Little, Allbry Major, Mateo Rivera, Chayce Rowe and Kris Wilkes. Last Tuesday was their final regular season game, meaning the battle for the state title is just around the corner.

“Keeping the winning tradition going at North Central is probably the best thing [about playing on the team]. Helping my team win and being part of it is a blessing,” Little said.

Little has been a huge contributor to the boys success this season, showing his talent with both his field shot and his incredible dunks. During the regular season, the boys basketball team only lost four games, which is impressive considering the difficulty of their competition. The team also had multiple successes like winning the holiday tournament and currently being ranked third in the state.

“My favorite thing about playing for North Central is its competitiveness. The winning tradition also, always makes it fun going into games,” Rowe said.

Rowe has been a part of the program throughout his high school career and is able to show his talents one final year as a panther. Like he said, the competition the team faces during the season is difficult, each year the boys play great teams. They were able to beat many teams which contributed to their high ranking, allowing them to uphold the winning tradition.

“The New Albany game was probably my favorite game because they were number one and beating them proved that we were better than them and deserved to be number one,” Rivera said.

Known for being both a great point guard and for having excellent 3-point skills, Rivera has lead the team to victory multiple times and is a great leader to the younger players on the team as well.

This year, Allbry Major decided to join the basketball team. In the past he has has been a baseball player. His friends encouraged him to tryout while playing basketball with them. Since it was his senior year he just decided to go for it.

“I’d say conditioning is the biggest difference between basketball and baseball. The pace also differs, with basketball there is always something happening, whereas with baseball, it’s a lot more slow and the games take longer,” Major said.

Though the other four seniors do not have to deal with transitioning from one sport to another, all of them have to transition from high school to college. Wilkes, who has played on varsity all four years will be continuing his basketball career at UCLA, but it doesn’t change the connections he’s made while playing on the team.

“I’m gonna miss the players definitely and the coaches since I’ve been with them for four years and built such a great bond with them. Going off to a whole new coaching staff next year will be different,” Wilkes said.

Tonight they play Lawrence Central High School at home for the first game in the sectional tournament.